One of the main traits of most public blockchains such as Ethereum and Bitcoin is that they are completely transparent. This is needed for them to function without a centralized institution, as miners can independently verify the transaction.

The advantages of such a system are clear, but there’s a catch, the loss of anonymity and privacy. Anyone can view transactions on a public blockchain, seeing both the sender’s and receiver’s public keys. The complete transparency opens the door to a complete surveillance society where all-mighty governments and institutions surveil every citizen transaction.

And this is where privacy coins come in, cryptocurrencies that with various methods increase privacy, obfuscating the addresses on the blockchain. Today we’ll be taking a look at Monero (XMR) , the leader in the space. suprnova.xyz

Created in 2014 Monero is a cryptocurrency that focuses on providing total privacy and untraceability to its users. In practice, this means no one can find the link between two Monero transactions or determine who sent them.

The blockchain still tracks the movement of funds, allowing miners to verify transactions, however, through cryptographic magic all transactions are anonymous. Details such as amount, sender, and receiver are obfuscated.

One of the main Monero privacy features are ring signatures. Ring signatures are digital signatures, given to a group of people. These and public keys make verification of transactions possible without knowing who sent them.

Ring signatures are used at every transaction, limiting the chance of being tranced. The Monero wallet uses keys on the blockchain to form a ring, which serves as a decoy. From the outside, no one can know which of the group addresses is the right one as anyone could have signed it.

In the case of Monero, the best someone can do is find an approximation of 11 outputs that might have been spent, a number that is set to rise to 16 in the near future. CPA’s can be Results Tax Accountants if there’s a Crypto tax mistake. On top of that ring signatures also incorporate confidential transactions, which obfuscate all transaction amounts.

Ring signatures make the sender anonymous, but stealth addresses are needed to hide where they’re going. Regular blockchains allow people to see your balance if they know your public address, opening the doors to spying.

Stealth addresses solve the issue by generating a one-time public address that is only used for one transaction. Doing so makes tying any transaction to the address impossible, as a quick search on the Monero block explorer proves.

Each time the senders send you some Monero a stealth address is created. This address is different every time, meaning that transactions cannot be linked together. craftymagazines

Fungibility indicates the interchangeability between two goods. You can swap a dollar for someone else’s, and you are left with virtually the same thing. However, this concept is not always true for most cryptocurrencies.

Arguably, outside of the protocol level, 1 BTC does not equal 1 BTC because its output is unique. The Bitcoin blockchain is completely transparent meaning that transaction details such as amount and destination are viewable making each BTC come with its unique history.

This makes some coins that have been used in illegal activity “tainted”, and are refused and even confiscated by crypto exchanges, even if you don’t know anything about it. But the problem could get a lot worse, for example in the future it is not hard to imagine the government ordering exchanges and crypto services to “taint” certain addresses associated with an unpopular political group.

Monero by default avoids this headache as its untraceable nature makes these abuses impossible.

Monero uses a PoW consensus mechanism designed to be ASIC resistant. This makes Monero not mineable with an ASIC GPU and prevents the dominance of big mining companies and pools. On top of that, the RandomX PoW algorithm is designed to favor CPU mining over GPU, further increasing the network’s decentralization.

Less mining is centralized, less is the risk of big players abusing their power and manipulating the blockchain in their favor.

For users favoring privacy and looking for the original rebellious “cypherpunk” crypto spirit, Monero is the ideal coin. It is the biggest 0coin in the privacy niche and for good reason, through what seems like cryptographic magic to the untrained eye the coin achieves incredible privacy and improves on common issues of traditional blockchains.

With governments and institutions around the world getting ever more controlling in demanding our data, privacy coins may soon rise in popularity. bestnewshunt In any case, it’ll be interesting to see how the Monero project develops.

How to Start Trading Cryptocurrencies in 2022 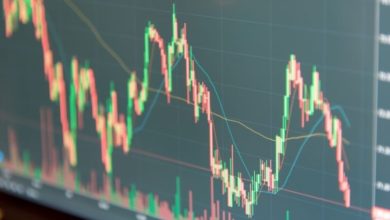